Visit website Similar shops Write a review
Love
Love the clothing. Cheap but gorgeous! The delivery to my country so fast!!!!! Ordered on Monday But woohoo I can wear the dresses tomorrow!!!! Awesome!!! So happy
LOVE!
brilliant service, great prices, good quality!!!!!!! I get everything from here! also sizes are good.
Probably the worst on-line seller ever
If you order from boohoo, you will be the one crying! Boohoo sells cheap clothing at a cheap price. That would be alright if they didn't have such lousy customer service. If you order from them, be prepared to be one big unhappy customer. To prove it, try and find a contact phone number so you can call them. They have so many problems, they can't handle the calls so they don't give out a number. And if you try to use their system of tweeting and direct messaging, expect it to take days to resolve your issue. I just gave up!! They may tell you they resolved your problem because they said "sorry" but "sorry" is all you will get and all you will be if you order from them.
VISIT 5FASHION.CO.UK
This website is amazing! They have all there clothes for £5 and i ordered a dress from them that had a boohoo label and one with missguided label! Such amazing clothes! 5fashion.co.uk
WORST REFUND SERVICE ANY WHERE
Well another victim of Boohoo I have been using for about 4 years and the choice of clothing been reduced substantially.

As for the customer service, I think i do better to call the Indian call centre as the service would be way better than the B###### that work at boohoo that if you complain the cant be bothered looking to the matter they rather brush you off
Go to ASOS for advice
I am absolutely appalled about the stories I've heard about boohoo. The way they treat their employees is despicable and there is definitely a huge level of favouritism. I know of one girl who was forced to leave her job because she was ill, how disgusting!! The management take about 2 20 minute breaks in the morning but it's definitely a big deal if someone in the C.S department goes to the toilet 2 or 3 times. If any one is thinking of joining boohoo, take all this into consideration. They're just bothered about popularity and brand image, nothing is ever about their employees unless you've been promoted. I would never work for such a disgusting company!! All the best to everyone who's already there, my best bet is find yourself a new job and get out of there!!!!

I've never ordered anything and never will. ASOS have always given great C.S so I'll advise you to send someone over to their office for advice!
Best company!
best company ever! My parcels are always delivered on time (unlike missguided) customer service is great and qUality of clothes are good too! Hate missguided. Love boohoo xx
wonderful experience
I shopped at boohoo after a friend mentioned them to me, i was overly pleased with the clothing quality and pricing - I now shop here more than i probably should do and the only problem i've ever had is i brought a bag and the zip broke but that was easily mended. They have always got offers on such as free delivery or 25% off of certain items, probably one of the best companies out there!
Quality is just not great...
The service was fine, it took a while though and I will admit I think i'm one of the lucky ones who received my order and there wasn't much wrong with it.
I bought the neon floral blazer and a black checkered knit cardigan, in total it cost me $70 AUD which is NOT cheap for two items of this POOR quality. Not including shipping either.

The floral blazer, it did say in the description it is neon however the picture they show makes it look less neon and in theory i like this blazer, its so casual, but the material is so awfully cheap I cant even describe it. Not really worth the $50.

The black cardi, Id like if it wasn't for the fact the sleeves are baggy right under the arm pit down to the elbow. Which makes me look like I have flabby arms! who wants that??!
If I have my arms at my side its not noticeable though, but still the quality of these clothes is terrible.

I honestly don't know how these businesses continue...
Terrible Service
I ordered some clothes for my teenage daughter, paying for next day delivery - but they didn't arrive. The courier company (DX) say they delivered them - but they hadn't, we were at home all day. Boohoo have now launched an 'investigation' that is going to take over a month!! Meanwhile, they have payment but we have no goods. Customer service is by email only and is very poor, they really aren't interested in trying to help, just sticking to standard lines. The measure of a company is how they treat customers when things go wrong - and they have treated us disgracefully. My daughter can't understand why she can't get her clothes. Disgraceful service and I wouldn't recommend this company.
Really like !!
Ordered a few things now from boohoo and every time its been great !! have some really nice clothes really afordable aswel. Always have great intrend items :) love it !!
Hit and miss
I have ordered quite a few things from Boohoo and have been fairly happy with them, but I have also had some dodgy items. I bought a satchel bag which fell apart within a few days and a dress which had a broken zip.

Some of the items are lovely though and it's very affordable which means it would be wrong of me to give less than 3 stars.
Prices are astronomical!!!
Want a maxi skirt/dress for a better price that what the States are selling them

Boohoo Has it! i bought 5 items and used a coupon code and my total was $89 even!!! I mean!!! All the US shops were selling the same items for a way higher price. Plus the skirt patterns are aligned at the seam, which is quality for me, unlike some of these bigcartel or target shops, where the pattern is off!
Worst Customer Services ever
I recently wrote a very bad review about Boohoo & I would just like to say that (even though I thought it wasn't possible) they have gone down even further in my estimations! All I wanted from them is a label to return a faulty dress I had purchased. I have waited for this for over 4 weeks now & sent a total of 10 emails (yes that really is true, 10 emails sent & only 4 of them were actually replied to by a real person & not just an automated response)! Still no label to make my return & now I seem to be stuck with a dress that I'm unable to wear, as the time is up (through no fault of my own) for a refund. The worst (by a very long way) Customer Service experience I have ever had. Boohoo should be ashamed!!! Apparently you have to pick between 1-5 stars to rate them.....maybe you should consider allowing people to pick none?!
"My first time ;)"
This was fantastic, it was the first time i was buying something online so i was very worried but i was pleasantly suprised! I purchased a tribal crop top and a plain T-shirt. The process was easy, and the best part was that it came on time and in great quality :) I really enjoyed my online experience with Boohoo and will continue to purchase with them :D
DO NOT USE THIS COMPANY!!
Goods ordered 20th December 2011, i still have not received them, have left dozens of messages for them (they do not have a contact number), they email you back a week later to say its been passed onto customer services, still no response and its February 1st!
DO USE THIS COMPANY!!!
I purchased 2 jackets from this company December 20th, I never received them.  I emailed them a week after my order was placed to tell me i had not received my goods, it took them 9 days to email me back to say they were investigating, it is now 20th Jan and still no response, there is no contact number for them you can either write to them or email them, they say they aim to respond within 48 hrs!! They do not, it took 9 days for them to say theyve passed my query to customer services. I am still awaiting a response.
Good shop, no problems
Unlike the other reviewers, I have used boohoo.com multiple times and have never had any problems. I returned 2 items which I bought in the wrong size, without much hassle..

As for the shop itself, you can get some really nice fashionable clothes at good prices, so I'd definitely recommend.
DO NOT USE THIS COMPANY UNDER ANY CIRCUMSTANCES
I am absolutely appalled at the level of the customer service boohoo offer their customers. Like everyone else on this site I have been trying to contact their customer service team since the end of November. It is now December and I still haven't received my dresses or a refund. I have sent 17 emails to the customer service team, starting for the 3rd of December 2011 and it is now the 7th of December 2011 and I still have not heard anything from the Boohoo staff, Only the automated message they email all there unhappy customers I cannot believe a company this big has such a poor level of customer service. I have warned all my family and friends not to use them and think it’s only fair to warn any future customers.
WARNING: DONT SPEND A PENNY WITH THEM!
Cheap and nasty clothes , all the dresses i purchased had ripped under skirts and the straps on 2 of them snaped off after just 1 wear . I also bought some shoes, the plastic nib on the heel fell off with just 1 use. Don't buy from them !
Awful!!!
I ordered my dress on Saturday 17th of Sept, the tracking showed me expect it between 8am Tuesday 20th and midnight Thursday 22nd which Is a ridiculous time scale anyway. It wasn't here by the Thursday, checked the tracking again and it remained the same, Friday afternoon came and went and it became apparent that I wouldn't have the dress for my party the following day, I emailed Boohoo as there is no contact number. No response. Emailed them again Friday night. No response. Only by Sunday morning was the tracking updated  saying that the delivery was unsuccessful. Well that was obvious. Then Monday morning, still no response with regards to the whereabouts of my dress I receive an email from boohoo asking me to leave a review. What a joke. Still no dress. 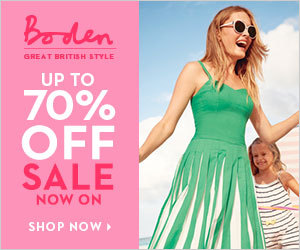