Awful company
Just an atrocious company to buy from and deal with in general. Could not be further from Luxury.
After product already being over 2 month delayed they then have the audacity when I contact (yet again I contacting them - they do not contact) to say it is in their warehouse and now waiting for dispatch in 10 days?! Send it out first class, next working day to your customers who are waiting! Treat your customers better, we have our clients the other side to let down.
You are meant to be selling Luxury... Luxury products with awful delays and customer service does not work.
Avoid this retailer
This company is awful, they take full payment for items and then it takes 8-9 weeks for delivery. They do not contact you if there is a delay or reply to your calls. My order took 9 weeks , when I called , they said there was a delay !! Really , after 9 weeks. As a result, I asked for my money back , which , in turn , took 30 days . This in total was over 3 mths , where they had an interest free loan of my money . Don’t buy a thing from this deceitful company .
Appalling company - do not trust them
As almost everyone else has said this is a terrible company and I wish I hadn't ever used them. I made an order on 22nd Dec 2016 with an 8 week lead-time. 18 weeks later I have still not received it, nor do I have any hope of receiving it. They refuse to refund me, only give me vague updates, won't put me through to any managers and just fob me off every time. I have never had any contact with them that hasn't been a result of me chasing them, they are totally uninterested in customer service. I am going to take legal action against them as I have no trust in them.
4-5 week delivery time - 13 weeks and counting AVOID!
I placed an order for a piece of furniture on the 26th November 2016 which had a 4-5 week delivery timeframe. It will be 14 weeks this Saturday and I will be calling them tomorrow for a refund. Terrible customer service, failure to respond to agreed call backs, failure to respond to emails. I've contacted them several times only to be told there is a problem with their supplier and they don't know when they will be able to complete my order. The customer service Is shocking and I would strongly suggest avoiding this company. Luxdeco might sell high end goods but they fail to deliver a high end service not to mention failing to supply you with what you have paid for. AVOID AVOID AVOID
Miss
Wish I had seen these reviews before. Same thing as what everyone else describes here happened to me and still waiting for a refund, again was told would take 30 days!, which now I worry I might never get...Luxdeco is a scam
See all reviews for LuxDeco » 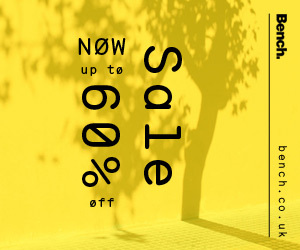