Do not trust this shop with my money
Ordered a top from motel rocks with guaranteed next day delivery (an extra £7). Was told by DPD that they still hadn't received the top from motel rocks 3 business days later so asked for a refund, as the event I wanted the top for had passed. Motel rocks blamed the delay on DPD and bad weather and told me my top should arrive the next day. When it didn't, I complained again and was finally was offered a full refund including postage and got a £10 voucher. Was told that as DPD still hadn't received my order from them (meaning it was never DPD's fault!) they would ask DPD to send it back to them rather than continue on to me. Was satisfied, however that was now 10 days ago and I still don't have my refund. Complained AGAIN and was told my refund was processed 8 days earlier and that bank processes can be delayed this time of year, yet somehow I got a refund today from an item I returned to ASOS 4 days ago, so not very convinced it's the banks fault to be honest. Will not buy from this shop again as I don't trust them at all. Feel like I've been told excuse after excuse and lied to.
Wow, am I the only one who likes Motel Rocks?
Very surprised to be reading all the negative reviews. I had a great shopping experience with Motel Rocks. Needed my dress to arrive on time for a photoshoot so I wrote in the comments, "If I receive this in 10 working days, I will forever love Motel Rocks."
1) It arrived in 10 working days (to the US)!
2) I love my dress! Looks just as it does on the website.
3) The invoice had a :) drawn next to my comment, so someone there is fulfilling comment requests!
TRY ASOS INSTEAD
Honestly the most appalling service I have received from an online store, ever. There are a number of reasons I will never order from Motel Rocks again ...

- My order took 11 days to arrive. It took them ages to even ship the parcel, so I emailed and tweeted them and they told me there was a delay in deliveries because they were going through a "system changeover". I'm a reasonable person so I felt the excuse was fair enough, however had it been any other more professional retailer, an email would have been sent to me notifying me of this, rather than me having to approach them. There was nothing on the check out page about possible delayed delivery.

- After being forgiving of the fact that it took ages to come, I was once again left infuriated as my parcel was missing a dress. I checked the invoice and there was a line through that item. I assumed that the item was out of stock (I don't understand how I managed to order it f it was out of stock but there we are). Again, no email to notify me of this order change, and when I checked my account no refund had been issued. So I was now in a position where I had paid for an item I hadn't received.

- I then noticed that on the invoice the item that had been crossed out was stated on the invoice as an XS. I thought it was strange as I would never order an XS so I double checked on the website and in my order history it said I had ordered a medium. So there is a chance that that item might have actually been in stock at the time, but they messed it up.

- I also paid £19 for a dress from the Motel Rocks sale, but on the actual label of the dress it said that it was reduced to £18. I know there's not much in a pound but they must be making a nice profit if they're doing something similar to every customer.

I tweeted them multiple times asking for help, and they chose to ignore all my tweets whilst replying to other users. I also emailed their customer service department and again found myself being ignored. I finally had to use their website chat service to talk to some useless person who told me they would issue a refund that day and gave me some pointless discount code for £10 off my next order (I say pointless because I will NEVER order with them again). The refund was in fact issued the day after.

I seriously wouldn't bother with Motel Rocks, perhaps try ASOS instead.
Poor delivery
I ordered a bag off motel rocks and payed EXTRA for it to come in 48 hours.. It has now been a week since i ordered and i had no emails at all telling me what was happening with my parcel. So i had to call them up and they said its been shipped today and that it'll be here in 2-5 working days ... Which means it'll have taken 2 weeks for my parcel to come! i am disgusted as i needed it for a festival and now its passed.  I will not be ordering from them again, definitely not reliable .
Terrible customer service
As a loyal customer to motel rocks I am shocked with the terrible customer service. I sent back multiple items and had planned on repurchasing something else in a different size/colour with the refund money. I was told 7-10 working days for the refund. On the 12th day I emailed telling them about the situation and I was told 7-10 working days again… Clearly couldn’t read as I had told them the amount of days I had been waiting already. Two more days past without my refund I emailed them and another two days past without even an email acknowledging me. Yet another email, this one not as nice telling them how shocking I am with the terrible service and that I wanted a phone number where I could phone and make a formal complaint. It is another 4 days later and I have no refund and no reply from the email telling me why this is, or an apology of any sort or with a number to complain. Will never order from this store again.
See all reviews for Motel Rocks » 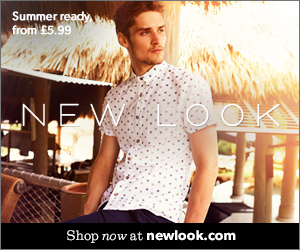